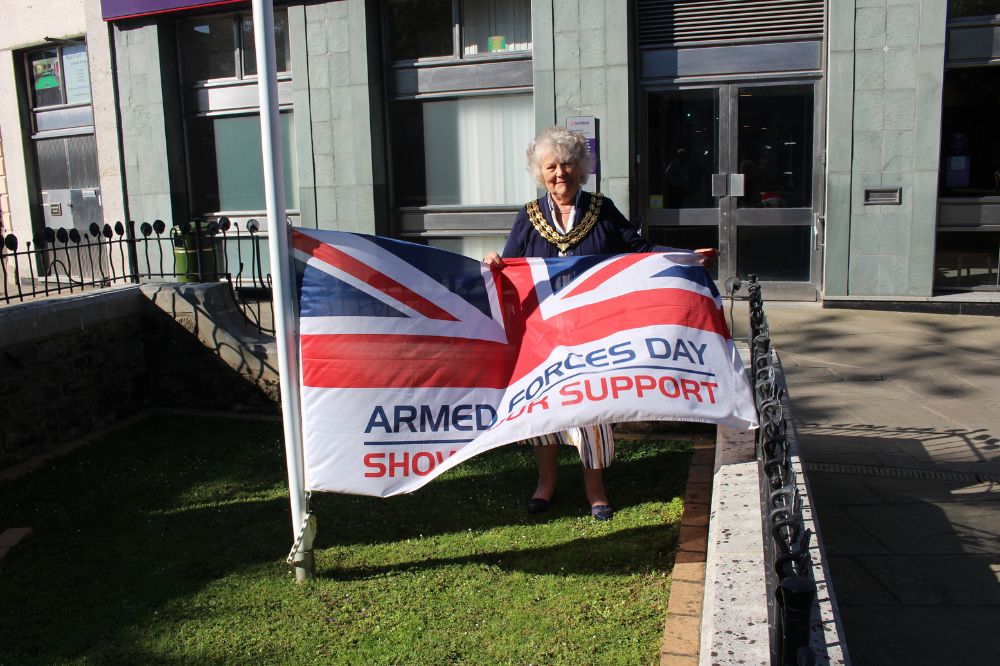 The Armed Forces Day flag was raised this year at Horsham’s War Memorial in the Carfax on Monday 20 June at 8.30am.

The flag raising took place a few days before the national Armed Forces Day, which will take place this year on Saturday 25 June.

More information is available on the Armed Forces Day website.

The ceremony in Horsham was attended by the Chairman of Horsham District Council, Cllr Kate Rowbottom..

Armed Forces Day is a chance to show your support for the men and women who make up the Armed Forces community: from currently serving troops to Service families, veterans and cadets. There are many ways for people, communities and organisations across the country to show their support and get involved.