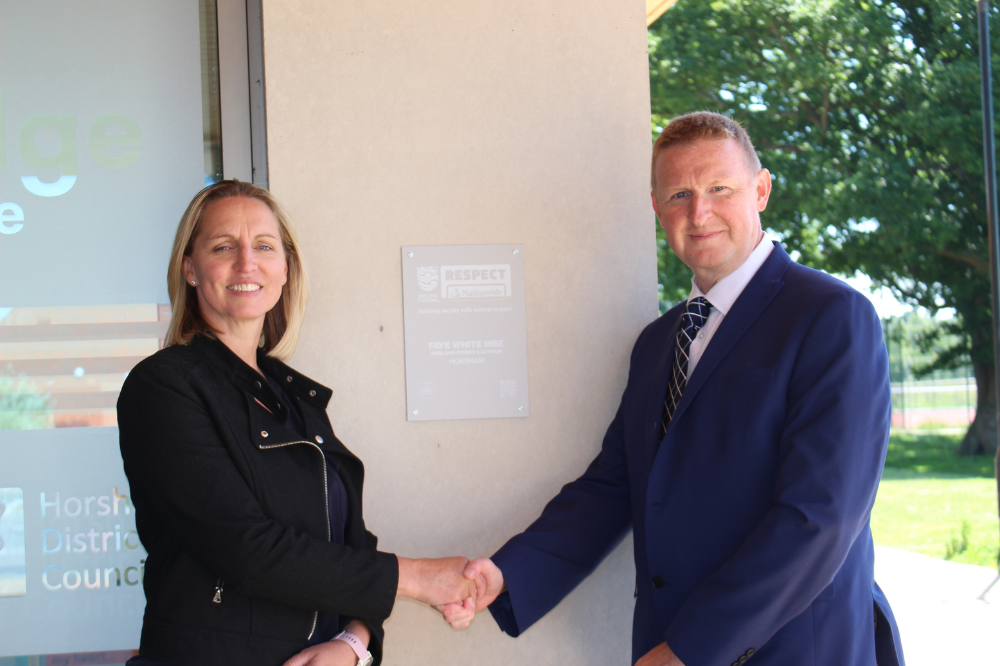 Faye White MBE, an England Football Lioness legend associated closely with the Horsham District, was honoured today (14 June) at The Bridge Leisure Centre in Broadbridge Heath as a plaque commemorating her achievements was unveiled in her honour.

Faye remains the longest serving England ladies captain and has achieved a commanding presence on the football scene over a number of years.

On behalf of Horsham District Council I would like to say that we are extremely proud of Faye and all that she has achieved for our local community and for football.

It is only fitting that her considerable achievements are being recognised today at The Bridge Leisure Centre in Broadbridge Heath where she used to train and where she played her first football matches.