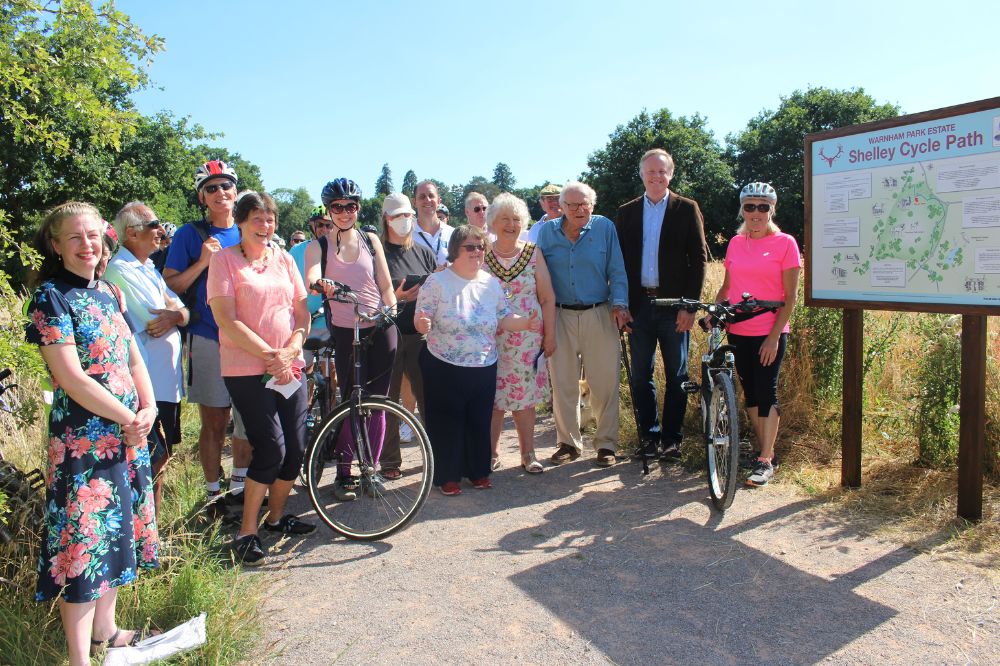 The bicentenary of the death of Horsham-born poet and political thinker Percy Bysshe Shelley was commemorated by the opening of a new cycle path on the Warnham Park Estate last weekend (9 July).

Horsham District Council’s Chairman was on hand to officially declare the Shelley Cycle Path open as some 20 cyclists completed a special cycle ride in memory of Shelley.

The cycle ride, which wound its way through the District’s countryside, stopping off at Shelley’s favourite haunts along the way, started at Poets’ Corner in Horsham Park and finished in Warnham village. 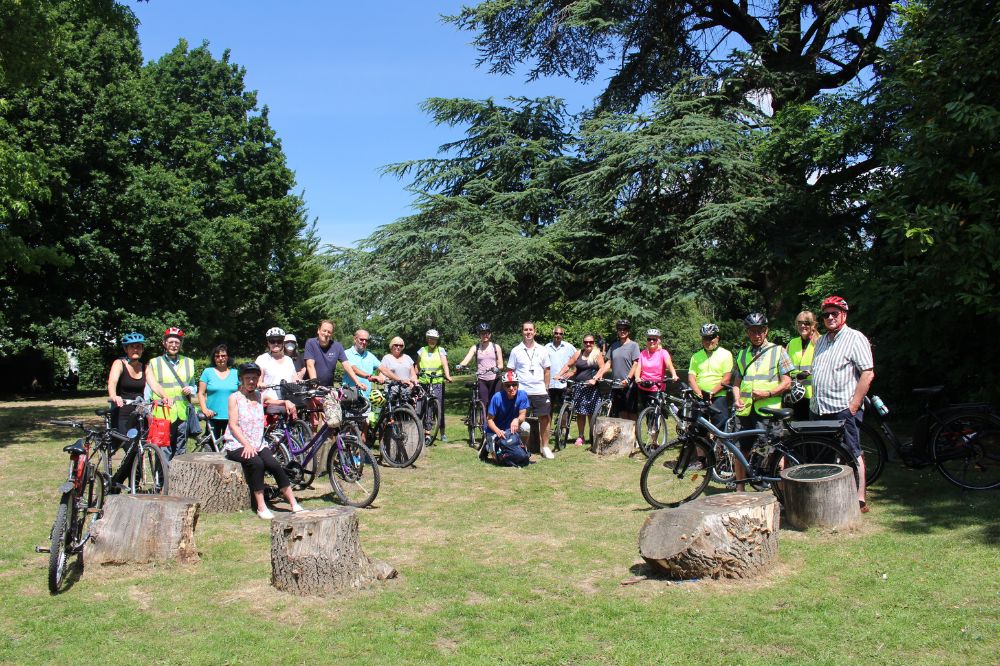 As one of the most significant English Romantic poets and known the world over for such original verses, we are very proud of Shelley and his close association with our District.

At the bicentenary of his untimely death, it is very appropriate that we honour his achievements in poetry.

Having a dedicated cycle path which features the famous landmarks frequented by Shelley in his lifetime is a truly unique tribute to him.

Being remembered by our community with a special bicycle ride on such a beautiful summer’s day was also a lovely way to reflect upon him and his words.

Starting at Poets’ Corner in Horsham Park which celebrates works of Shelley including his ‘Ode to the West Wind’, the cyclists then covered some six miles on the Shelley Cycle Path, taking in several points of interest along the way. These included amongst others, The Causeway, where Shelley’s father owned a house, St Mary’s Church with its Shelley Tower, Arun House where Shelley’s grandfather lived, along the banks of the River Arun where Shelley took a lot of his inspiration, Warnham Pond near his birthplace of Field Place and St Margaret’s Church in Warnham village which marked the end of the cycle ride.