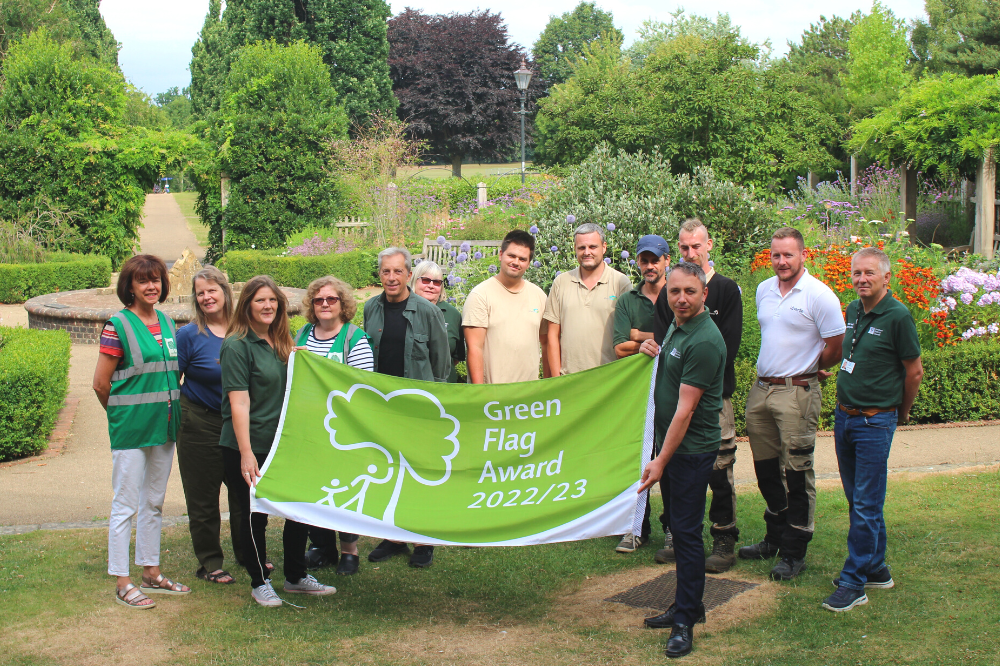 Horsham Town Centre’s Horsham Park has been recognised for the third year running by the prestigious international Green Flag Award Scheme as one of the best green spaces in the UK.

The Green Flag Award Scheme is run by the environmental charity Keep Britain Tidy, under licence from the Department for Levelling Up, Housing and Communities, in partnership with Keep Scotland Beautiful, Keep Wales Tidy and Keep Northern Ireland Beautiful.

The award scheme recognises and rewards well-managed parks and green spaces, setting the benchmark standard for their management across the United Kingdom and around the world.

It is an amazing achievement for our much-loved Horsham Park to be recognized for the third year running by the prestigious Green Flag Award scheme.

This recognition is a tribute to the ongoing efforts of our Parks and Countryside team and  our army of volunteers and various partners who work so hard to maintain the high standards demanded by the Green Flag Awards.

Quality green spaces play a vital role for people as a place to relax, exercise and meet friends and family, and are integral to the health, wellbeing and environment of our District.

The Park is a vital green space for the community in Horsham District. This award recognizes the highest standards of horticulture, safety and environmental management, creating an important place that supports people to live healthy lives.