In addition to acts of remembrance on Remembrance Sunday this year, the Horsham Branch of the Royal British Legion, in conjunction with Horsham District Council held a short wreath laying ceremony at the War Memorial in the Carfax in Horsham this morning (11 November) for those wishing to remember at the ‘eleventh hour of the eleventh day of the eleventh month’.

The programme was as follows:

10.45am - Arrival at the War Memorial, Carfax, Horsham

11.02am - The Bugler sounded the Reveille 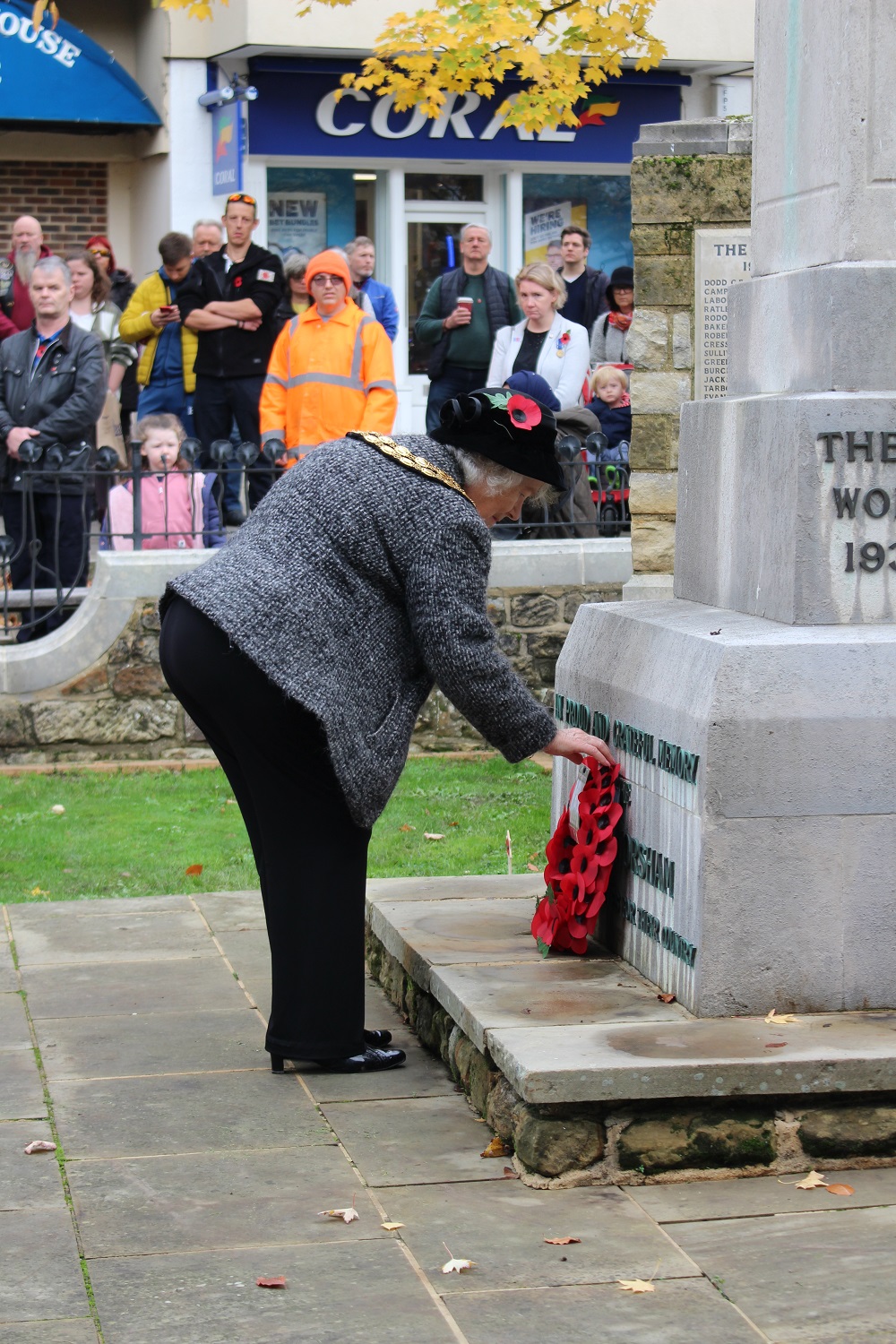 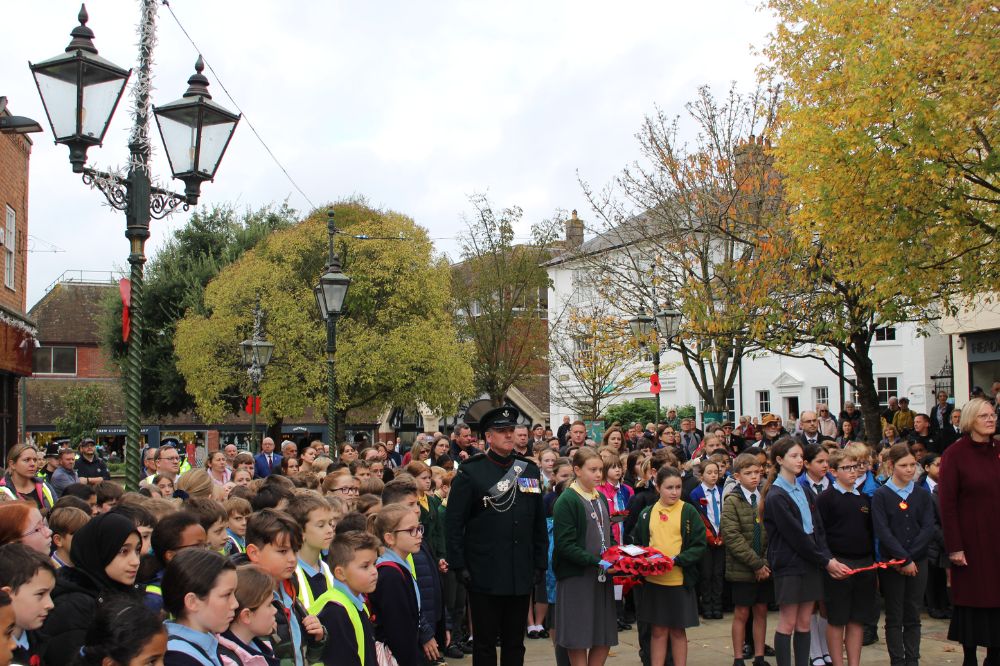 Crowds at the Armistice Day service 2022 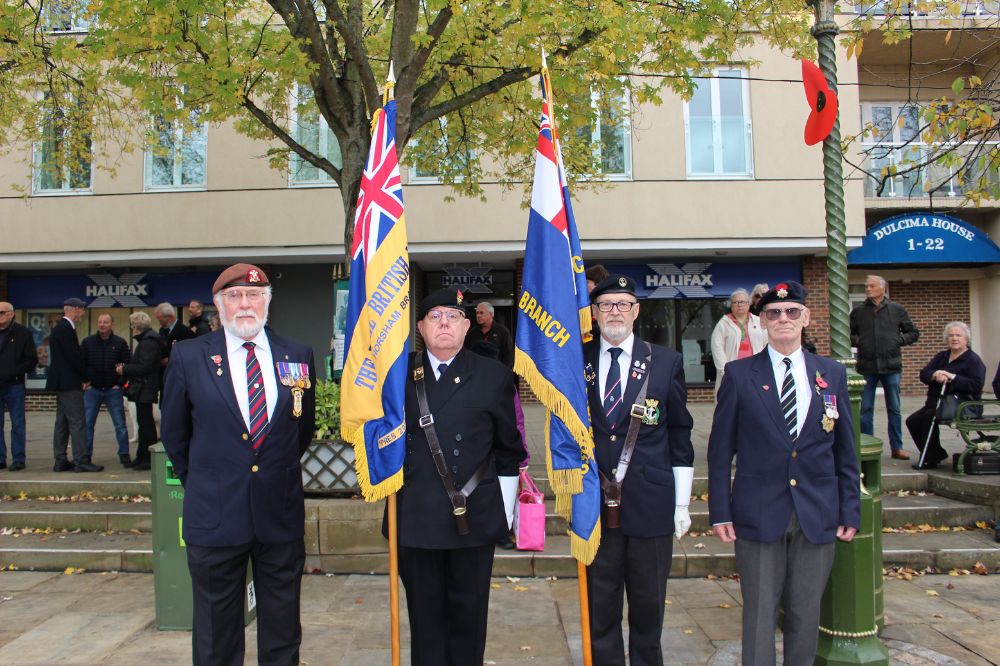 RBL standard bearers ahead of the Armistice Day service