Time for tea and poetry readings to honour Shelley

The bicentenary of the death of Horsham-born poet Percy Bysshe Shelley was marked on 8 July with an outdoor commemorative tea and poetry readings at Warnham Local Nature Reserve on the outskirts of Horsham.

The event, organised by Horsham District Council, was attended by the Council’s Chairman Cllr Kate Rowbottom and Cabinet Member for Leisure and Culture Cllr Roger Noel, who delivered a reading by the Reserve's Millpond.

Morag Warrack, Chair of Trafalgar Neighbourhood Council recited Shelley’s ‘The Cloud’ and Simon Packham from the Shelley Memorial Project read ‘To a Skylark'.

Refreshments, Shelley themed cakes and Horsham Gingerbread were then served. 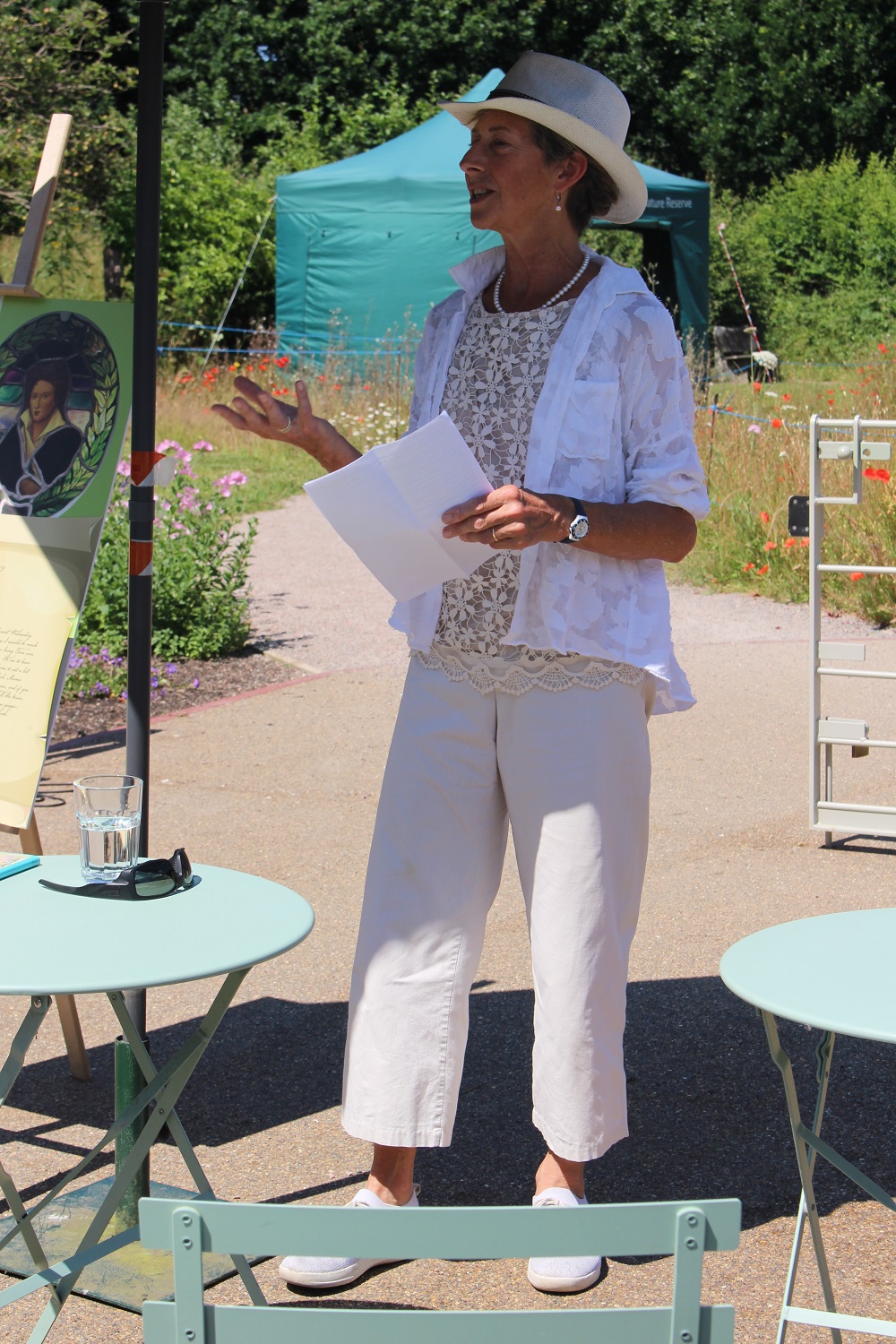 Historical documentation has indicated to us that Shelley often sat near the Reserve’s Millpond in the late 18th and early 19th century, and this is where he took a lot of his inspiration for his work.

So it is truly fitting that we gathered at this spot on the actual bicentenary of his passing to honour him by enjoying some of his great works.

The recently completed Shelley Wildlife Garden at the Reserve has been inspired by Shelley’s love of the environment which often featured in his poetry.

Earlier in the year a symbolic chestnut tree was planted by the Millpond marking where he used to sit.