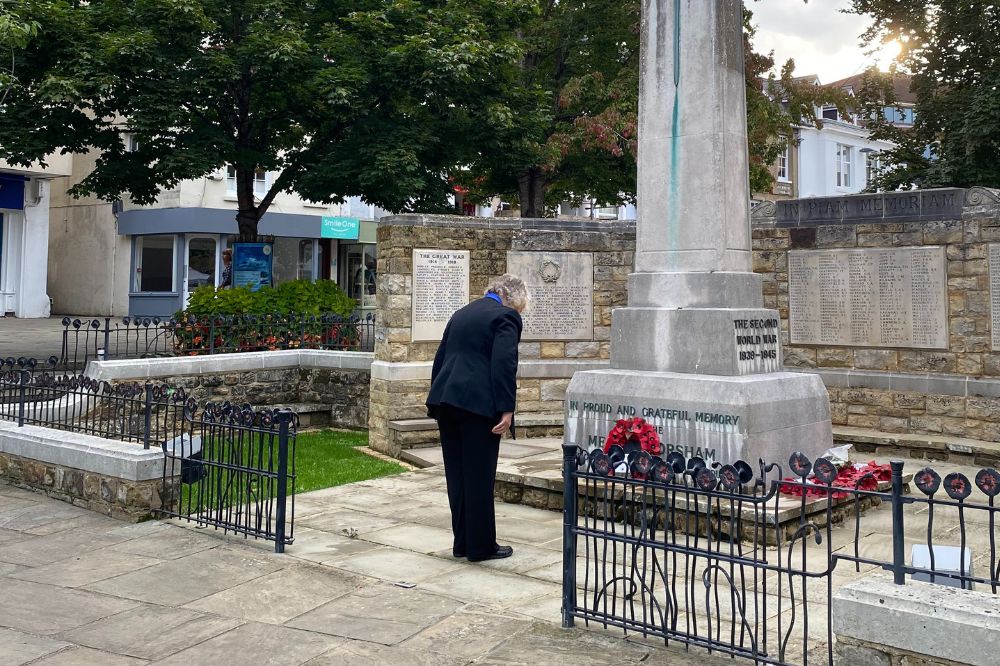 Horsham District Council’s Chairman Cllr Kate Rowbottom led a simple wreath laying ceremony at the War Memorial in Horsham’s Carfax on the morning of the Battle of Britain anniversary on Thursday 15 September 2022.

She was accompanied by Revd Canon Lisa Barnett, Zal Rustom Chairman of the Horsham Branch of the Royal British Legion and Pam Saunders of the Royal Observer Corps Association. Horsham District Council’s Cllr Martin Boffey played the Alert, Last Post and Reveille on the bugle.

In her address, Cllr Rowbottom said:

Battle of Britain Day commemorates the decisive air campaign won by the Royal Air Force which was instrumental in stopping the invasion of Great Britain in 1940.

The courage and sacrifice of the airmen, many young and barely trained, created a fragile but impenetrable protection for the country and for ordinary people like you and me.  These heroes paid a heavy price, but without their sacrifice, bravery and ultimate success, the cost for us all would have been so much greater.

The words of Sir Winston Churchill are quoted often but are no less poignant now than they were more than 80 years ago: ‘Never in the field of human conflict was so much owed by so many to so few.

We remember today, and every day, their courage and protection of our lives, our homes, and the way of life we continue to hold dear.

Every year the Horsham District pays its respects to the people who lost their lives in the World War II battle of the skies, as well as armed forces personnel serving today.

For media enquiries please email us at press@horsham.gov.uk 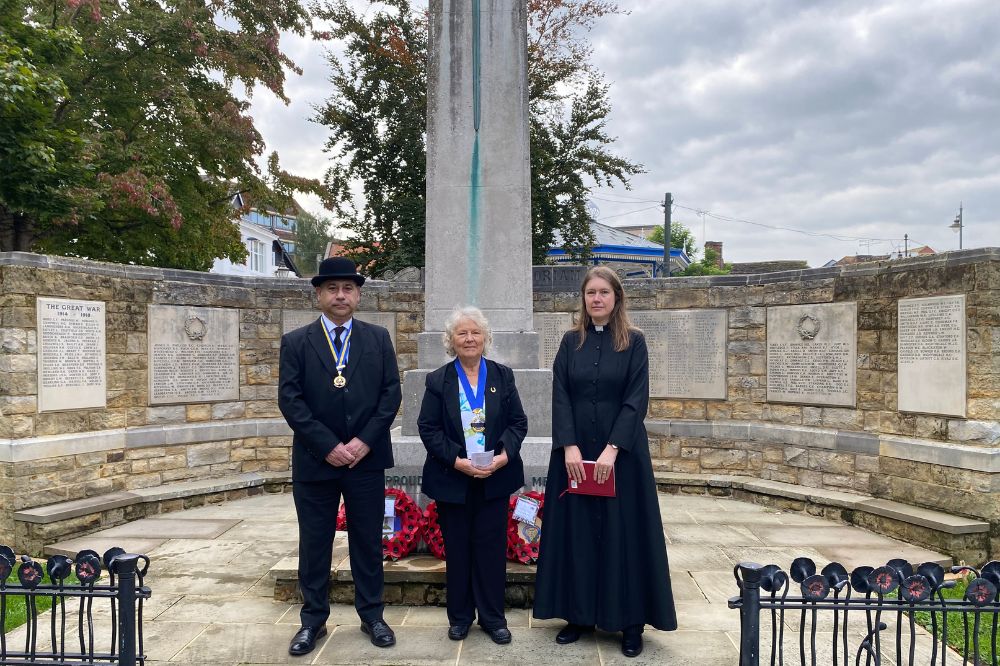 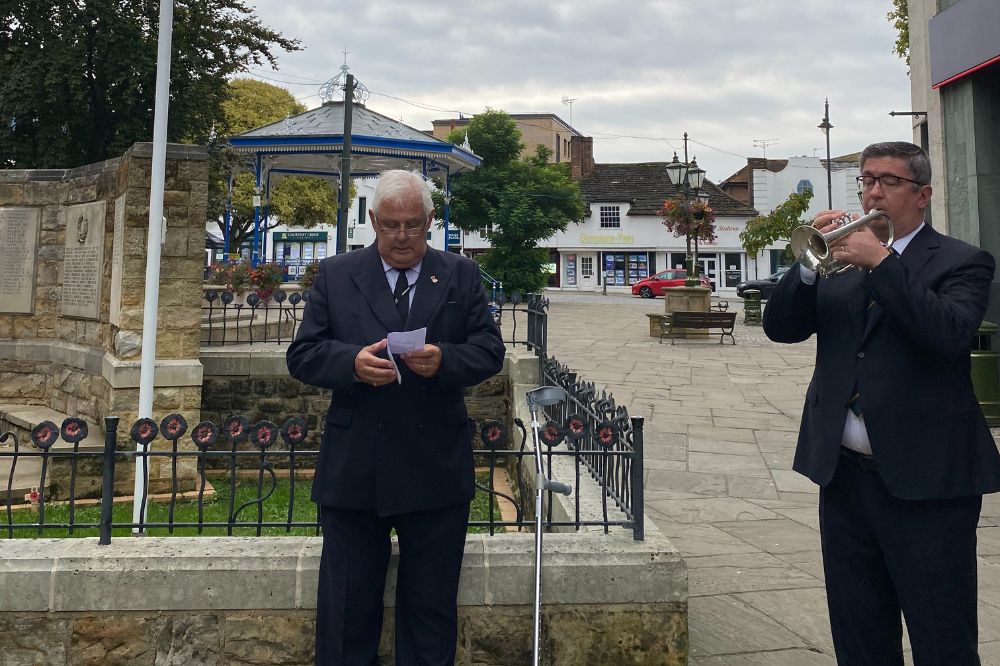